The first EPR to officially enter into operation is in Taishan, in southeastern China.

REEL is the supplier of the Fuel Handling System within the power plant. This system includes the refueling machine, the fuel transfer device between the reactor building and the fuel building, the spent fuel mast bridge used for fuel management and also the auxiliary crane.
Present on site since 2012, REEL contributed with its expertise during the various phases of the project. After providing a part of the technical supervision during the assembly, testing and commissioning of its equipment, REEL was involved in the last stage of construction of this third generation nuclear reactor: the loading of the fuel.

Launched in early April, the fuel loading operation was a technical challenge that REEL is proud to have contributed to.
The handling equipment installed in the Taishan EPR are fully automatized and even though there were higher safety requirements, the operational performance is enhanced. REEL engineers were present on site to assist the CGN team and all objectives have been met.
The ultimate goal is ambitious: 241 fuel assemblies in less than 40 hours, 15% more than for second-generation reactors. The same operation will be renewed next year for the second unit of the site.
Also associated with the EPR constructions from Olkiluoto and Flamanville, REEL will shortly take part in the British Hinkley Point project. The industrial group will provide both reactor units with the identical scope of work to that of Taishan and thanks to its experience, REEL will adapt its equipment to an even higher level of safety.

The loading of the Taishan EPR fuel was a major challenge for REEL. Our equipment proved to be extremely reliable during this operation and perfectly fulfilled their function as a REEL technological showcase. We are proud to have contributed to the launch of this European and French industry major project. Phlippe Frantz, President of REEL.

Documents
REEL provider of th EPR Fuel Handling System
Join a dynamic group!
we are always on the lookout for new talents! Reel hires all over the world
Reel Careers 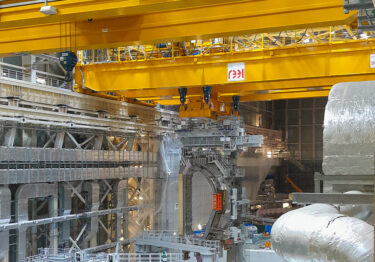 The first section of the plasma chamber was lifted and transferred from the assembly tool to the pit by REEL cranes.

The first section of the plasma chamber was lifted and transferred from the assembly tool to the pit by REEL cranes. 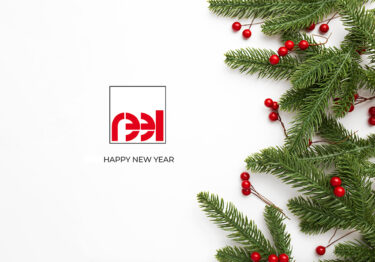