France-based REEL Group is establishing its first U.S. facility with 4,500-square-feet of office, warehouse, and workshop space at Mobile Aeroplex at Brookley.

Monday’s announcement is in direct response to REEL Service Division being awarded the jigs and tools maintenance service provider contract for the Airbus U.S. Manufacturing Facility, also located at Brookley.

The newly formed subsidiary, dubbed REEL USA Corp., is expected to create more than 20 full-time positions, and its lease with Brookley allows for expansion as needed.

« (REEL’s) expertise in the area of advanced manufacturing processes is a great asset to the growing manufacturing sector in Mobile County and, in particular, to the Airbus U.S. Manufacturing facility at the Mobile Aeroplex at Brookley. We look forward to a partnership with the company and are proud to be the chosen location of REEL’s first U.S. work site, » Mobile County Commission President Jerry Carl said in a prepared statement.

Roger Wehner, executive director of the Mobile Airport Authority, said although Airbus’ state-of-the-art A320 final assembly hangar is « expertly designed, » the actual task of aircraft assembly « will happen via the hands of well-trained employees. »

« The jigs and tools elevate them and facilitate the task, and REEL will help them maintain that critical foundation.  While REEL will support the Airbus production facility, it also constitutes a critical capability set in our constant evolution, and we know this differentiates us from other communities, » Wehner said.

Toulouse, France-based Airbus will launch production this month at its first A320 final assembly line on U.S. soil at Brookley in the company’s ability to efficiently fill the mounting backlog for the popular single-aisle aircraft. The $600 million facility is expected to deliver its first Mobile-assembled aircraft to JetBlue in the second quarter of 2016 and employ about 1,000 people when it reaches full annual production of 40 to 50 aircraft by 2018.

For more than seven decades, REEL has specialized in custom-made handling systems for sectors where safety and reliability are major concerns, including nuclear energy, aluminum production, aeronautics, defense and offshore systems. The conglomerate has exhibited particular expertise in the aviation sector by providing and maintaining aircraft docking systems, telescopic platforms and engine-handling systems.

Mobile Mayor Sandy Stimpson called REEL a « world-class company » and a « great addition to our community as we seek to expand our advanced manufacturing capability. »

« I particularly want to commend the Mobile Airport Authority for working closely with the company to bring new life to an existing building at the Aeroplex. Mobile is open for business, and this announcement by REEL is validation of that fact, » Stimpson said in a prepared statement. 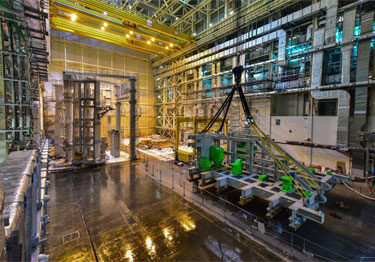 Here comes a new decade and REEL is proud to have participated at some major industrial projects. 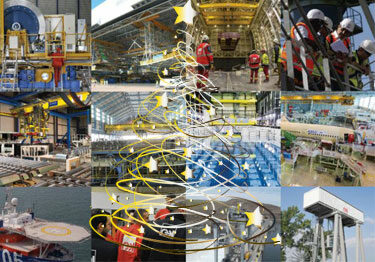 REEL wishes you a Merry Christmas and a Happy New Year !